The Surrey Police Board was appointed on June 29, 2020 as an independent body from both City Council and the Provincial Government, providing civilian oversight to the Surrey Police. Governed by the Police Act, we perform four main governance roles including:

Find information for the upcoming public meeting on April 20th, 2021 including the agenda and livestream link once available.

View the Board meeting video 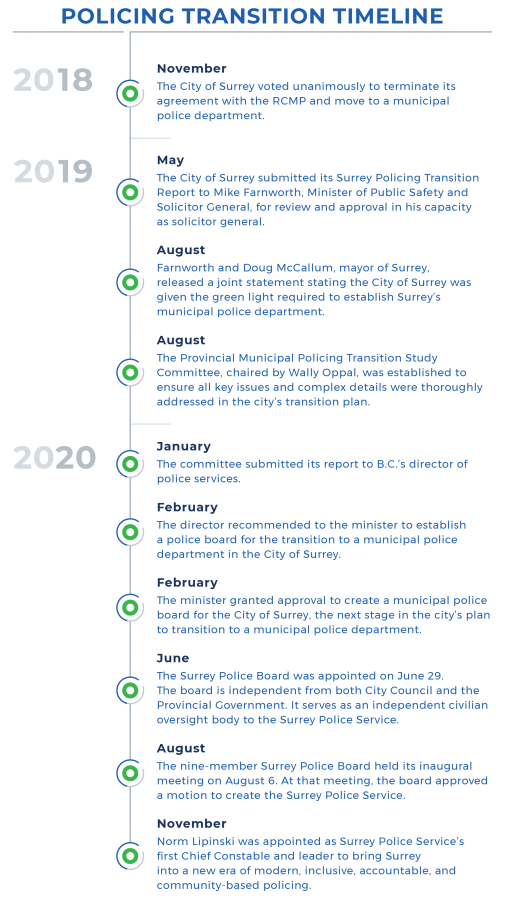 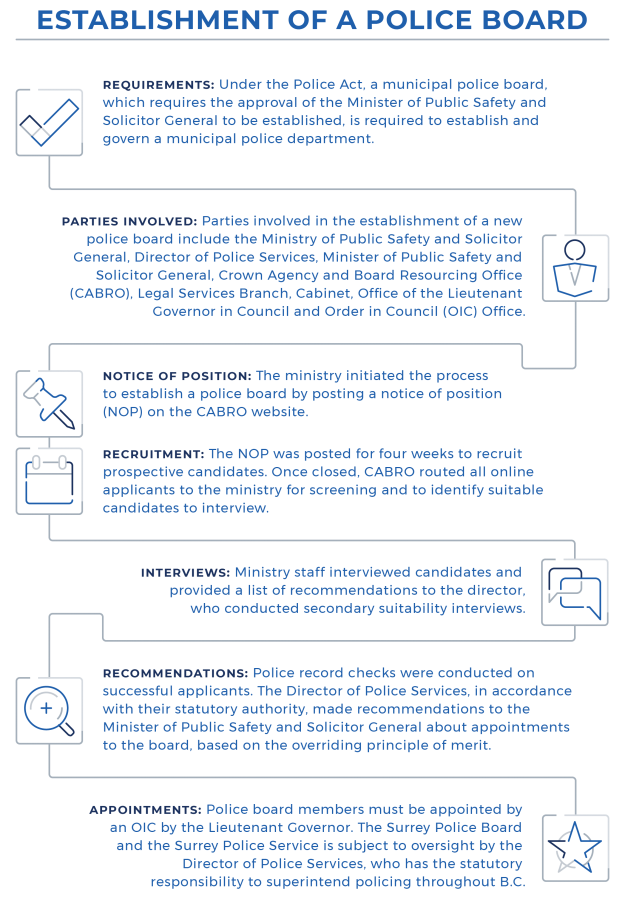 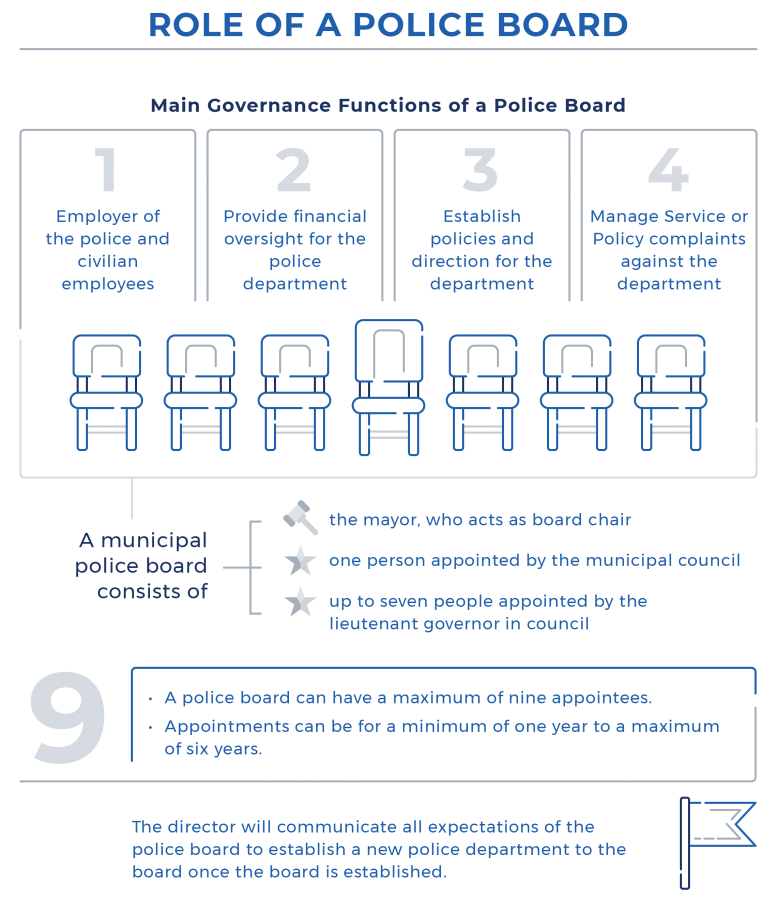