Meet the current members of the Surrey Police Board. 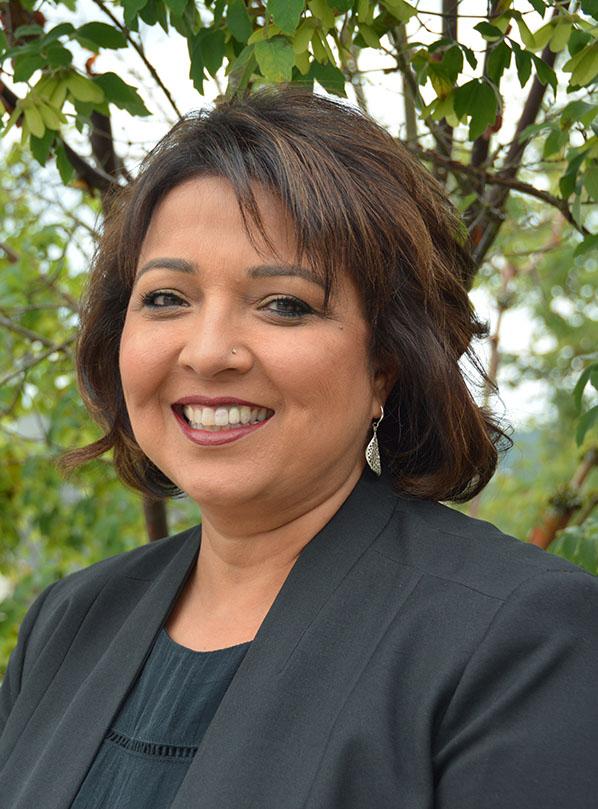 "Policing and public safety must be a shared endeavour between the community and the SPS."

Meena Brisard is the B.C. Regional Director for the Canadian Union of Public Employees (CUPE). She is responsible for all aspects of CUPE’s operations in B.C. and brings expertise in negotiations, litigation, mediation, labour relations and conflict resolution. She has extensive experience developing training and professional development programs for diverse groups of employees and union members.

Meena is committed to ensuring the diverse communities within the City of Surrey are engaged in the transition from the RCMP to a new Surrey Police Service. Having previously worked as a 9-1-1 operator and police dispatcher at the Vancouver Police Department and E-Comm, Meena also brings extensive knowledge of police procedures and operational communications, as well as police technology systems. 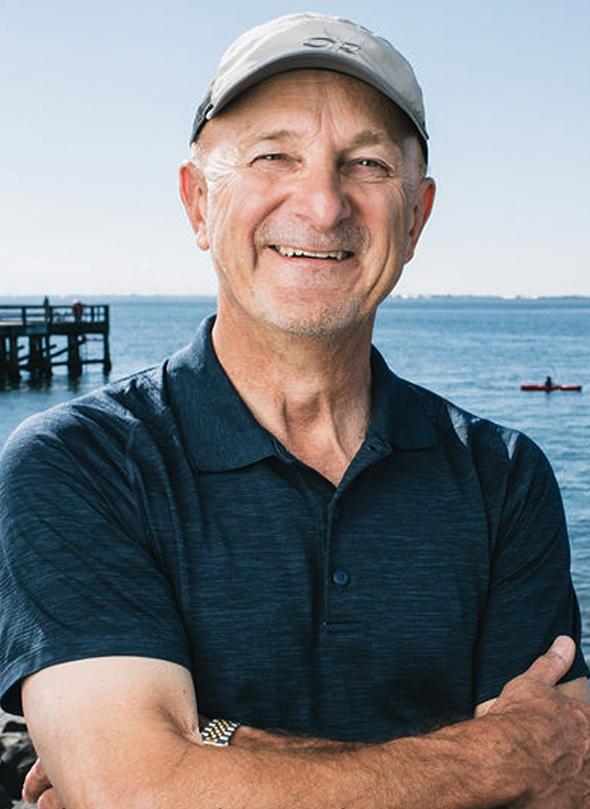 "Our role is to be responsive to what the community needs, like taking a different approach to things like mental health issues."

Mr. Carwana works as an independent mediator and arbitrator. He holds his Bachelor of Arts and

Bachelor of Law degrees from the University of Toronto and has practised labour, employment, and administrative law in Vancouver for over 25 years. His expertise includes workplace reorganizations, collective bargaining, and legislative changes. Active in his community, Mr. Carwana is currently a Director of the Beach House Theatre Society in Surrey and a member of the Greyhounds Track and Field Club in Surrey. 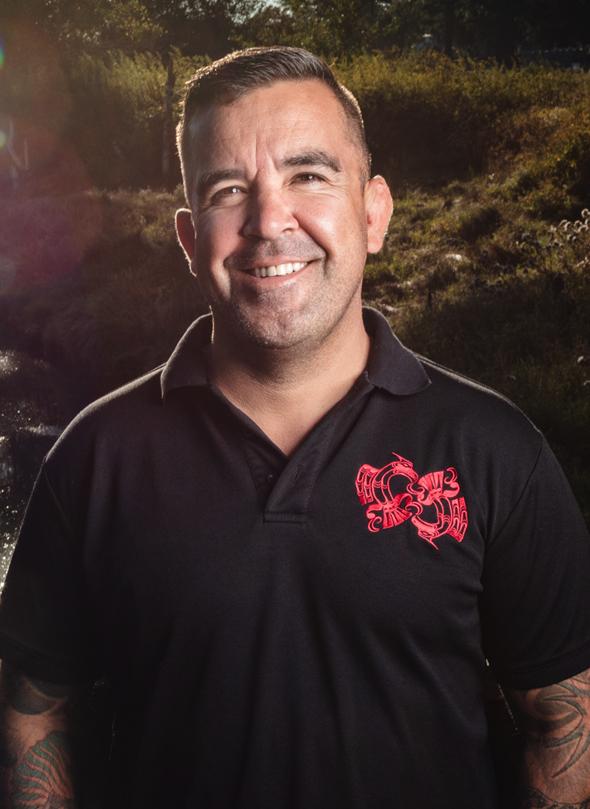 "The opportunity is unbelievable — to be able to create something that the general public and First Nations communities feel they're part of."

Chief Harley Chappell is the elected chief of the Semiahmoo First Nation, and has held this position since 2016.  Prior to this he was a traditional counselor with the Fraser Valley Aboriginal Child and Family Services Society from 2006-2016, a justice worker with the Qwiqwestom Alternative Justice Program and an Aboriginal support worker with the Chilliwack school district. 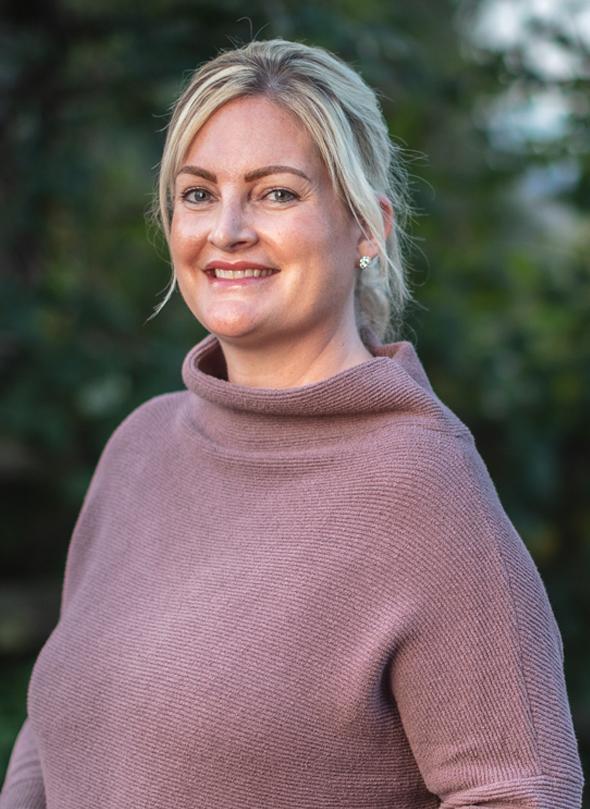 "I live and work in Surrey and I've got kids that go to school and play sports. I've got family that has businesses. Public safety is a huge issue for me."

Cheney Cloke is a director with the Fraser Health Authority.  Cheney is experienced in program, project and change management, as well as thought leadership, strategy development and implementation and governance.  In 2016 Cheney was appointed to the Board of Directors of the BC College of Social Workers, and most recently took on the role of vice-chair for the Surrey Police Board. She holds a project management certificate and business administration degree. 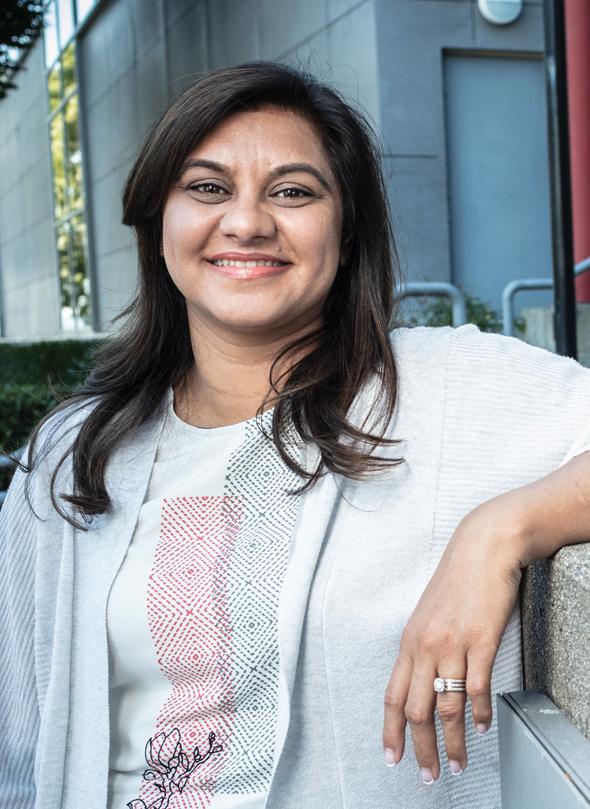 "For me, it’s about giving back to the community and really positively affecting change for an organization from the ground up."

Manav Gill is the manager of clinical operation at Fraser Health, with extensive experience in the healthcare sector.  Previously, she was the public health manager for the BC Centre for Disease Control.  Manav is a registered nurse with the BC College of Nursing Professionals and Healthcare Leader with Canadian College of Health Leaders.  She has a Bachelor of Science in nursing from University of Victoria and a Master of Health Administration from University of British Columbia. 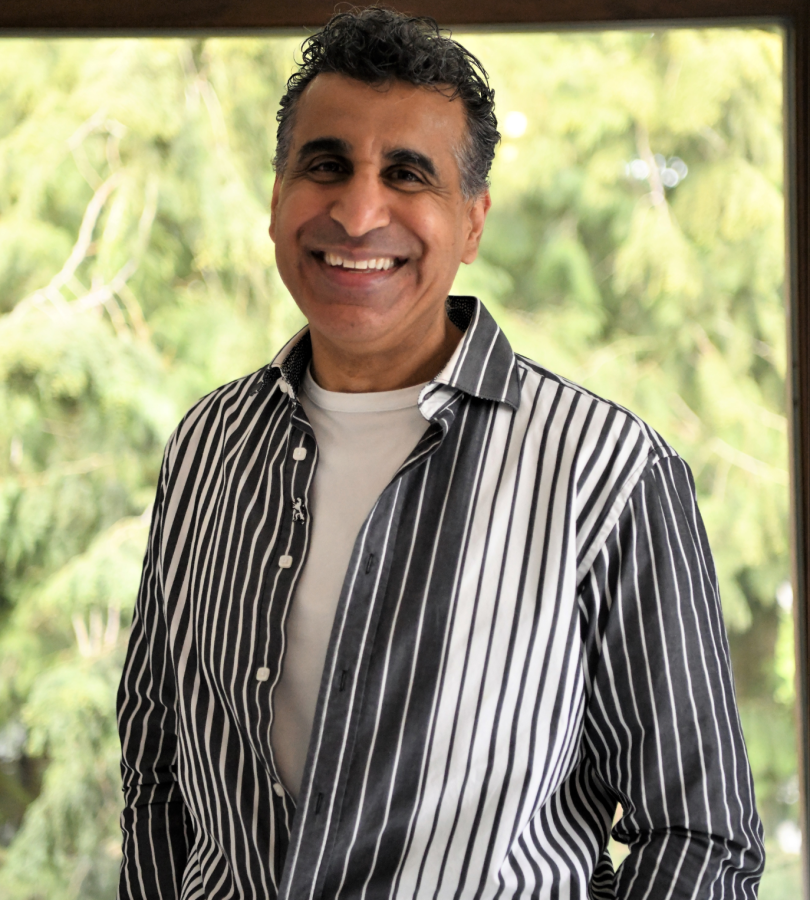 “This is an exciting opportunity to build a responsive Police Service and shape the vision of policing and public safety based on community input in developing our world class city.”

Avtar Johl is the CEO of the Platinum Group of Companies, a locally owned and operated company that has been building homes and developing lands for families for over 20 years. Avtar has a long history of community engagement and collaboration among community stakeholders. Avtar is a current member of the Board of Directors of the Independent Contractors and Businesses Association of BC (ICBA).  Previously, he was on the Board of Directors for the Homebuilders Association of Vancouver (HAVAN) since 2004, and Treasurer since 2005.

Avtar has been a long-time resident of Surrey with an intimate knowledge from a business and planning perspective of the community, town centers and neighborhoods throughout Surrey. 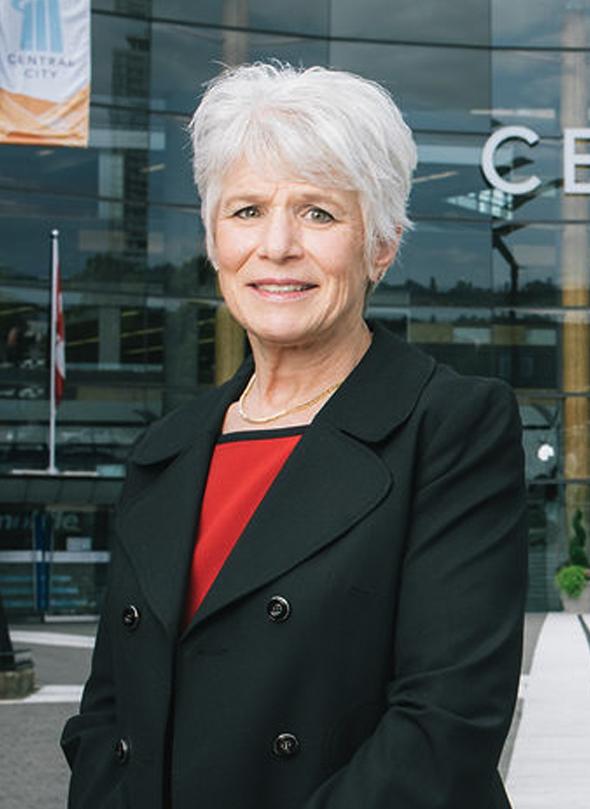 "Businesses will be able to have a say in how we service the community, setting a standard that is second to none in the world."

Elizabeth is the CEO of the Downtown Surrey Business Improvement Association. Previously Elizabeth was General Manager for Captain’s Cove Marina; Cove Links Golf Course; Foremarke Management; Springbank Land Development and Executive Director for the Chamber of Commerce Coquitlam and Executive Director for the Tri-Cities Chamber of Commerce. Active in her community, Elizabeth is a Board Member of SFU Advisory Council- Surrey and MLR. Previously, Elizabeth was a Founding Member and Past Chair of Better Transit and Transportation Coalition and a Director or the BC Pavilion Corporation. She holds a Bachelor of Science degree. 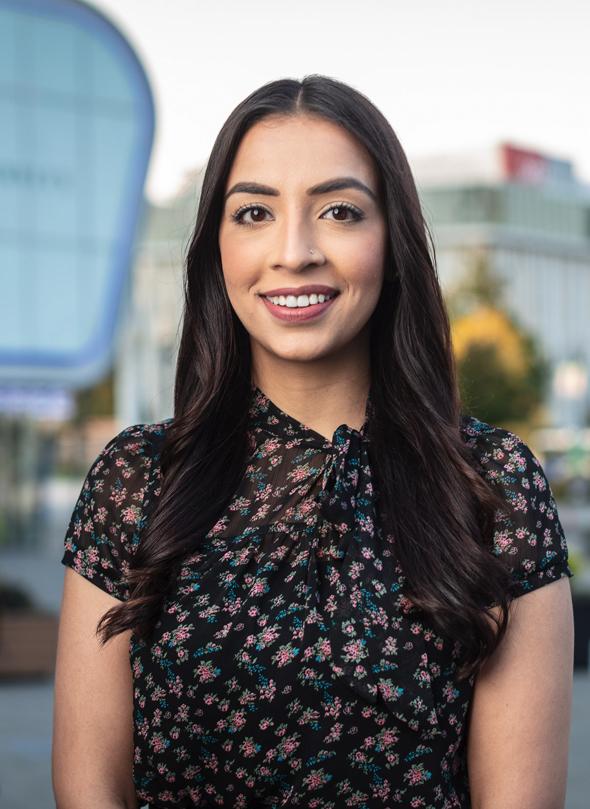 "I want a police service that represents our community and our citizens and what's happening in the world."

Jessie K. Sunner is In-House Legal Counsel for the Hospital Employees’ Union, where she specializes in labour relations, employment, and human rights law. Previously, Jessie practiced in the areas of general litigation and alternative dispute resolution. She has also worked with the United Nations Office on Drugs and Crime in Bangkok, Thailand, where she assisted with drafting child protection and anti-human trafficking legislation for various Southeast Asian nations. Active in her community, Jessie currently serves on the Boards of the Surrey Women’s Centre and the United Nations Association in Canada – Vancouver Branch. She has previously served on the Canadian Bar Association BC Family Law Section Executive. Jessie is an avid traveller and has spent many summers volunteering with development projects in Ecuador.

Jessie holds a Juris Doctor from the University of Calgary and a B.A. in Criminology from Simon Fraser University. 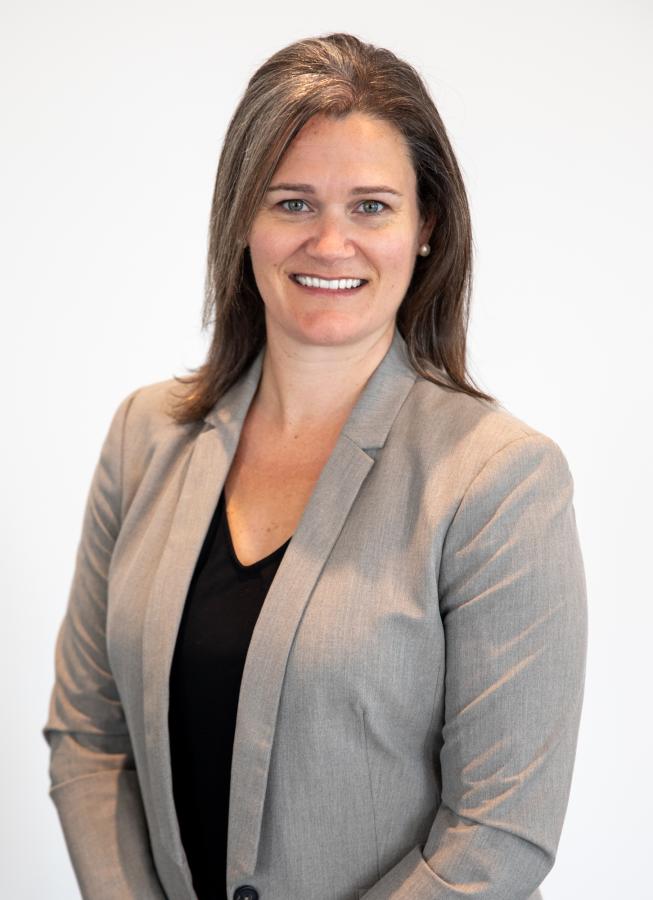 Melissa Granum is the Executive Director for the Surrey Police Board.  Prior to this role, Melissa spent 12 years with the Delta Police Department as its Corporate Planning Manager.  In that role, she supported Delta’s Police Board and the Chief Constable in a variety of areas.  Her work included the administration of the Delta Police Board, intergovernmental relations, internal communications, strategic planning, annual reporting, research, marketing, and public relations.  Melissa has a Master’s in Business Administration, a Bachelor of Arts (Sociology) and a Diploma in Broadcast and Media Communications. As a volunteer, Melissa has served as a director on the Delta Chamber of Commerce and Delta Hospice Society Boards and was a member of the Rotary Club of Ladner for over 10 years.